Tho Ha Vinh is the retired Program Director of the Gross National Happiness Centre in Bhutan and became widely known as the “Minister of Happiness”. He is an international speaker on Gross National Happiness, happiness and well-being. In fact, Bhutan is the only country in the world which includes the “happiness” of its citizens in the gross domestic product. Qualities like self-reflection, mindfulness and being kind to each other are considered to be equally important as economic growth. Tho Ha Vinh grew up as the son of a Vietnamese diplomat and lived in New York, Paris and Vienna before becoming the head of training, learning and development at the International Committee of the Red Cross. He trained humanitarian professionals to work in war zones and emergency response in Asia, the Middle East, Africa and Europe.
Tho Ha Vinh is a Buddhist teacher in Vietnamese Zen Tradition and has published several books. His teacher and friend was the famous Buddhist Monk Thitch Nhat Hanh. 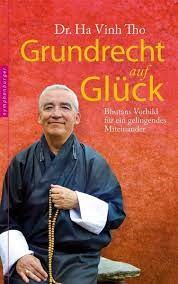 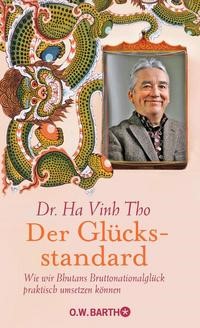